General / Memories on the Battlefront

Star Wars Battlefront is coming close to it's 16th birthday (September 21, 2004). While many of us old nerds certainly have the game beat on age, we're still sticking around after all these years. Why are we here? Why can't we just move on? Let's find out.

Got any great memories from your time playing Battlefront I, or II? Any juicy stories of player interactions or clan wars?

Please, feel free to share it with us here. Let us all reminisce about the days of old!
2

May 21, 2019, 09:09:54 AM
I've just started playing SWBF again in the last few days, and I'm already having problems with connection lag/high ping that I've not experienced before. I don't think I've actually played the game since the new master server came up, so I need to determine if this is just an issue that I can somehow resolve on my end, or if this is general to any of the users.

I'm connecting from the US, so I don't normally have problems with servers in my own country. However, when connecting to any of the US servers, for example, Cloud City Chicago, I'm getting between 70 to 90 ping at all times, which is noticably high and hard to play on. I've also tried connecting to foreign servers to me, such as an AR server, and getting upwards of 150 ping.

Does anybody know of some tricks I could try, on my end, to help these numbers? Obviously the lower the ping, the better.
Or is this just something completely out of my control?
3 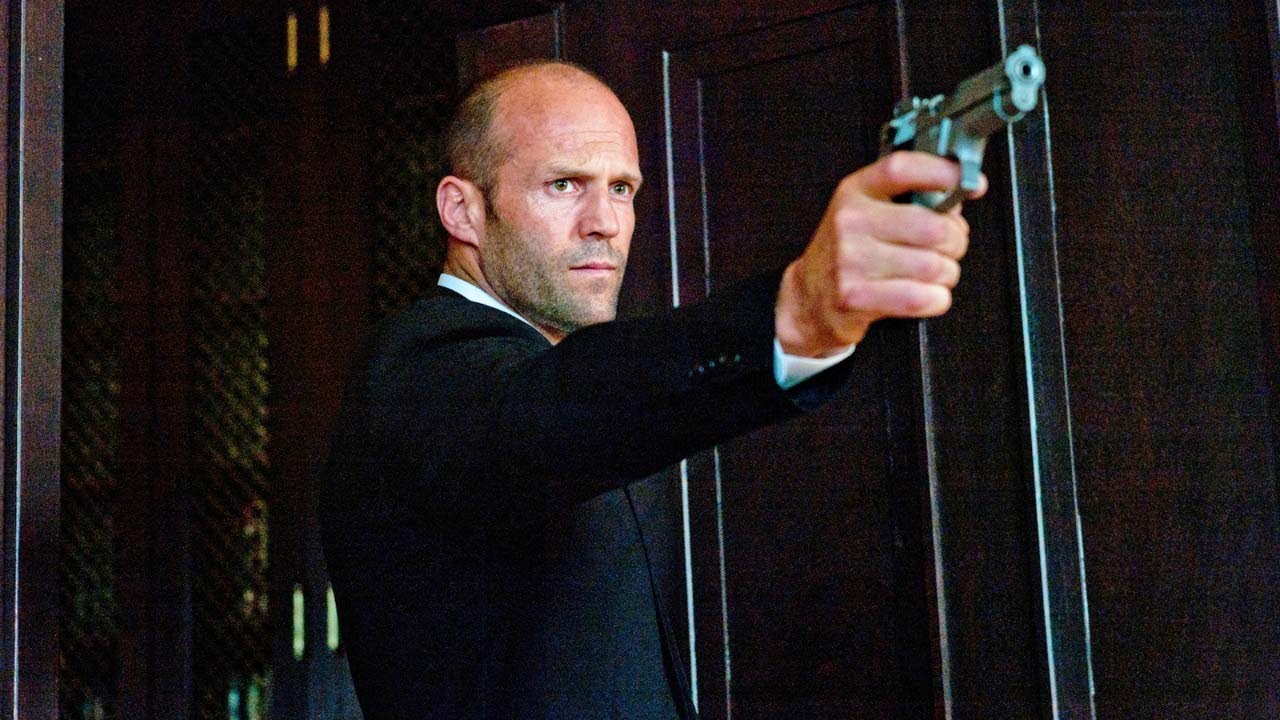 I hear a lot about him being too "stone-faced" and emotionless in some movies, but he's got the appearance of a well-worn kind-of-guy and is a great pick for a role needing that. Although, he does know how to have a beer with Sylvester Stallone. And he definitely threw people for a laugh with less-serious action movies like Crank.

Although, I'd love to see more roles where Jason Statham plays as a stone cold villain, I can definitely enjoy him as an action hero now.

June 12, 2016, 02:40:03 PM
Attached to this post is a screenshot from the Alpha Clan homepage. This "wizard" guy has been bothering us about downloading his radar mod. While we don't have any specific problems with Radar, we don't condone the use of it unless requested by an event or etc.

Firstly, Wizard's link looks quite fishy. I mean, most of us know where to download the real deal anyway...
[spoiler]*cough*tiny.cc/radarmod*cough*[/spoiler]
Second, why is he advertising it? That just seems even fishy-er.

I'm not mad about the situation. Just curious. If anyone has any info on this guy, I would love to have a word with you.

Thank you for your attention.

June 03, 2016, 04:13:41 PM
Hello, you wonderful battlefronter! Yes, you! No doubt you've heard that the Multiplayer on the Internet has been restored but you are wondering what needs to be done to get your game back on.
Well, you're in luck because it's really quite simple! Star Wars Battlefront Multiplayer over the Internet no longer uses GameSpy as a host.
Instead it uses SWBFSpy. All you have to do is download a new Battlefront.exe and put it into a specific folder.

What folder, you ask? Easy! Your Battlefront game is in your LucasArts folder.
C:\ProgramFiles\LucasArts\Star Wars Battlefront\GameData
GameData! That's the folder! Move your new exe into there.

Where do you get this new exe? Right here at SWBFgamers.com!

If this tutorial looked familiar, Yes, it was a merge of the Gamemaster English tutorial and pieces of the SWBFspy Patched EXE's topic by Anyder.

I've been doing some searching, and learned about something called External Graphics Cards. The idea of this teases me, because it sounds so awesome, but the only search results I get on this are from 2013 or older. Nothing recent, and all the talk back then is either about Prototypes or people being disappointed to find out that no such thing exists, at least when they posted.

Has anyone heard anything about External Graphics Cards in the last couple of years? I know there are definitely prototypes floating around, but does anybody know of anything Good that your "Average Joe" can buy?
7

I've lost a lot of touch with things, and forgotten others. Does SWBFGamers organize some form of regular (or even irregular) Community game night where we try to get as many as possible to connect and play SWBF together? I would love a night like this where I might be able to reconnect with the community and just have a blast, like old times.

Side note: Alpha clan is having a Clan meet-up soon. Possibly April 30th. If you want me to talk with them and see if we can make this a Public game night, I would be more than happy to.
8

September 04, 2015, 10:05:14 AM
Can someone please make reskins of the Dark Trooper in every Primary and Secondary color (Red, Orange, Yellow, Green, Blue, Purple) and send them to me in multiple skin files, unmunged?

I would like to use them for an upcoming project. I will credit you and your work once I release this mod. Thank you to whoever accepts this job.

August 27, 2015, 10:00:25 AM
Would we have the ability to have a section on our profile where we can display the hardware specs of our computer(s), as well as what OS we are running?

I figured something like this might make Support questions easier. Perhaps there is a link under our Avatars on posts, which opens a pop-up window displaying the Specs we input?
10

General / Your Top Picks for Planets and Races

August 18, 2015, 12:56:52 PM
A few of us are grouping up to occasionally play some popular Steam games together.
If you are interested in joining us sometime, you are more than welcome to join!

August 17, 2015, 11:10:15 AM
Personally, I've been waiting to hear this news for a while. A limited edition PS4 with a copy of Star Wars Battlefront Deluxe Edition, as well as a voucher for four other Star Wars games that are playable for the first time in over 2 console generations!

Playstation.com breaks the news down very nicely, as well as mentioning all the bundle options available...
http://blog.us.playstation.com/2015/08/16/star-wars-ps4-bundles/

I'll probably be playing on PS4 and not PC in the long run, unfortunately.
13

August 11, 2015, 08:56:22 AM
Has anyone made a mod for SWBF that allows you to switch what hand the gun is held in-game? If nobody replies yes in the next few days, then I intend to be the first to do it and will get started.

August 01, 2015, 01:42:40 PM
Hi everyone, I'm looking to invest a reasonable amount of money into a stand to support my Wacom Intuos tablet. With some searching, I've come across some results that looked promising but I realized none of the mounts would fit my tablet, which is
15 inches Tall (Up)
9.9 inches Across (Sideways)
and the thickness is too small for it to be much of a concern, I'm sure.

I've done a lot of searching but I'm sure there are places I haven't checked, if anyone would like to refer me to somewhere that I might be able to find a decent mount for this tablet and I can attach to my desk, I would really appreciate it.
15

July 30, 2015, 02:28:38 PM
Hey guys, so I'm trying to run an install from a CD that was released for Windows 95. Everytime I try to run the install, it says it's only compatible with 32-bit versions of Windows.
I have run the program in compatibility mode, no luck.
I have tried all the different compatibility settings, no luck.
I've searched a possible solution on Google, no luck.

Could anyone know why this program continually doesn't want to run?

WARNING: The current versions of steam do not work with this logger. I will update if there is any work around, but at the moment, it seems otherwise.

WARNING: Make sure you change the Configurations of the application to your liking before using it. To open the Configuration window, you will need to Right Click on the Chat logger icon that appears on your taskbar after opening the program. You might want to make sure you create a folder for your chat logs to go into, otherwise they might save to your desktop...
18

Popular rumor was that Star Wars, which was announced for later this year, was the reason behind Kung Fu Panda 3 suddenly dropping off the map. (KFP:3 was announced first, and Star Wars then announced for the day before KFP:3.)
I guess the community thought KFP's creators were anticipating Star Wars to take everyone's attention away from the former, their fears seemingly coming from how news of KFP went dark after the Star Wars announcement. Even Jack Black and the cast were kinda dodgy.

All that aside, the newest addition to the Kung Fu Panda series made a surprising first trailer reveal earlier today.
http://youtu.be/10r9ozshGVE
19

You know, the new Battlefront is getting a lot of attention on social networking, perhaps we can do a bit of news on it using Facebook and increase our outreach to the public?
20

Welcome Center / I'm Back for another Round!

Hey guys! Thought I'd drop by and say hello. All the Star Wars trailers coming out got me really pumped and I just had to come back. I'm already going to say that I'm just here to occassionally post, but I'm not playing any games. After all, you know how hard it is for me to let go of things... Especially when it's related to those Wars in the Stars.

Led, and his fellow Administrative servants, is it okay if I use your Art/Creativity forum so I may post about my own artistic endeavors? I personally am preparing for a big Publicity push soon as I hope to get a Freelance Artistry career on the road, and hopefully from my work in Freelancing, I can continue to prepare myself for work in the industry with TV & Film Animation.
Pages1 2 3 ... 6